Home > Blog > Sentencing as you turn 18 – Beware the Cliff Edge 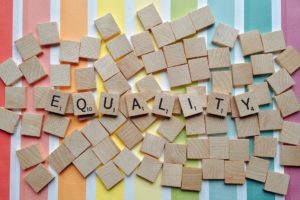 Ellis Thomas pleaded guilty to a relatively minor public order offence and was sentenced to a community penalty. This penalty becomes the subject of Court of Appeal proceedings due to the following set of facts:

“It was imposed on the appellant in the Crown Court not long after his 18th birthday for an offence committed when he was still 17. Several co-accused, who were also under 18, were remitted for sentence to the Youth Court and were subsequently made the subject of referral orders. Had the appellant been dealt with before his 18th birthday, he would, in all likelihood, have been remitted to the Youth Court as well and dealt with in the same way.”

A referral order was not available to Thomas as his case could not be remitted to the Youth Court due to him being 18 years of age, it was therefore contended on his behalf that the combination of his slightly older age and the timing of the court hearings has resulted in an unfair disparity between his sentence and the disposal of the cases of his co-accused, a disparity which should be corrected.

What did the court say?

The final result was:

“Looking at the matter broadly, it seems to us that the appellant has already performed and achieved much of what would have been involved in a referral order, had it been available. We think that in these circumstances, in order to achieve some degree of parity and fairness between the defendants, it is appropriate that we should reduce the length of the community order and the extent of the requirements. We shall reduce the length of the community order from 18 months to nine months and substitute a rehabilitation activity requirement of ten days, rather than 20 days. We quash the attendance centre requirement. This should mean that the appellant will continue to benefit from the advice and support of his probation officer for another three months, whilst completing the valuable rehabilitation activity requirement. The community order will then come to an end.”

While the Court of Appeal mitigated some of the disparity, in this case, it was not removed entirely. This case illustrates well the considerable complexities of sentencing that cannot always be eradicated, even on appeal. All of solicitors are aware of these issues and work proactively at first instance, and if necessary on appeal, to ensure that fair sentences are imposed.

[Image credit: “Cliffs of Moher” by Ian Capper is licensed under CC BY-SA 2.0]

If you need specialist advice, then get in touch with our  of criminal defence lawyers on 02078373456 and let us help. We can advise on a plea, defences and potential sentences in a wide range of circumstances.