Jim is regarded as a leading criminal defence lawyer and trial Advocate.

He qualified in 1994 and initially worked for RM Broudie Solicitors, one of the leading firms in Liverpool. There, he gained experience in serious general criminal defence work including homicide and large-scale importation.

In 1998 Jim moved to London and joined Hodge Jones and Allen. His caseload was varied but his particular interests included working with juvenile and mentally vulnerable clients.

He set up BSB with Jairaj, Jon and Paul in 2002, and now has a reputation as a legal force to be reckoned with. He has experience of all stages of the criminal proceedings and obtained his Higher Rights of Audience in 2005. He conducts jury trials as well as appearing before the Court of Appeal and has a reputation for his thorough and dedicated approach to all cases at both ends of the spectrum.

Jim has been involved in a number of Very High-Cost Cases, involving multiple defendants accused of money laundering, conspiracy to defraud and conspiracy to commit armed robberies.

Jim has also lectured on criminal law at Oxford College and has published articles on the boundaries of reasonable chastisement. This followed his involvement in a landmark House of Lords case Regina v H and his subsequent interview on Radio 4’s “Law in Action”.

Jim is acknowledged as an expert in pioneering legal challenges to Anti-Social Behaviour Orders and has lectured lawyers and advice workers on this topic. He appeared before the Home Affairs Select Committee Inquiry on Anti-Social Behaviour in 2005 and participating in a debate organised by the New Statesman.

He is a Duty Solicitor and a member of SACHA, LCCSA and Amnesty International.

R v W & Others – successfully defended a client accused of being involved in a £10,000,000 fuel duty evasion and money laundering.

R v H & Others – acted for a client involved in a multi-million-pound investment fraud.

R v W & Others – acted for a client accused of being involved in approximately 30 armed robberies across the country at a number of pub chains.

R v V – successfully defended a client accused of murder which included obtaining expert evidence and argument in regard to causation of death. 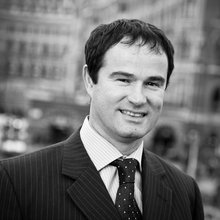