Jonathan Black of BSB Solicitors is held in high regard for his “very experienced, hard-working, client-based and client-oriented” approach and is described as “amongst the best defence solicitors around.” He works on wide-ranging criminal cases, including homicide charges and high-value drug conspiracies.

Jonathan briefly practised at the bar, before requalifying as a solicitor in 1995. He has Higher Rights of Audience and has appeared before the Court of Appeal, as well as The Queens Bench Division. Jonathan regularly appears as a solicitor advocate in The Crown Court both as a led junior and in his own right.

Winner of a Legal aid Lawyer of the year award 2015, Jonathan is ranked amongst leading practitioners in chambers and partners’ directory, Jonathan has a reputation as a tenacious advocate, with extensive experience in dealing with criminal matters, in particular including allegations of a serious, violent and complex nature. His approach is client-focused and he believes, where appropriate, in providing a complete service, dealing with the case from start to finish in the Crown Court. Where specialist counsel is needed he chooses with care.

He has a pool of loyal clients who instruct him regularly and refer him to others. His calm and relaxed approach provides the assurance that many clients need.

He describes the honour of being the last solicitor to ever appear before Bow Street Magistrates court as the most memorable moment of his legal career.

Jonathan also specialises in extradition law, regularly appearing at City of Westminster Magistrates Court. He represents clients faced with international arrest warrants, and he prepares appeals against Orders made by the Magistrates Court. Jonathan appeared in lawyer in the news having successfully represented Michael Halliday who faced extradition to The UAE.

He has an in-depth knowledge of Magistrates Court procedure and was a lecturer in Criminal and Civil Litigation at Kingsway College, London. Jonathan has also provided training to local magistrates.

In 2014-15 Jonathan was President of the London Criminal Courts Solicitors Association (LCCSA) during which he spent three years at the heart of an extensive campaign against Government attempts to cut back on legal aid. access to justice is an issue that Jonathan is passionate about and he appears regularly at public events and in the media to comment on a wide variety of legal issues, ranging from 2011 riots to undercover policing. He is a regular contributor to The Law Society Gazette, The Solicitors Journal, and Legal Voice.

A member of SAHCA and Liberty, he represents defence practitioners on various professional committees.

A former school governor, Jonathan has a special interest in representing parents who face prosecution under the Education Act for failing to secure their children’s attendance at school.

“Once again thank you so much for the wonderfully kind and skillful way in which you have helped and guided my son and the family over the last nine months. We are truly stunned and relieved at the amazing result achieved today. Without the excellent and dedicated levels of legal aid we received from you who knows where he would be now.”

UAE v Halliday- successfully resisted the extradition of UK national to Dubai where his life was at risk.

Rv M – Attempted Murder of a stranger on a bus in broad daylight, case involved instruction of forensic psychiatrist and three neurologists.

R v S – Junior counsel in the successful acquittal of a client charged with murder after his girlfriend’s body was found in an allotment many years after her disappearance.

R v O – Junior counsel at Croydon Crown Court in two month trial of a defendant acquitted of rioting at the detention centre.

R v P – Advocate for scoutmaster accused of conducting underage sexual relationships. Successfully argued that the dangerousness provisions ought not to apply.

R v U – Advocate for a young defendant charged with 12 others of supplying drugs to undercover police in east London, part of a large operation. The only defendant to receive a non – custodial term.

R v – Advocate for a young defendant accused of supplying cannabis from a shop, persuaded crown court judge to impose a referral order.

R v S – Advocate for a mentally ill defendant accused of setting fire to hostel room. Acquitted of accusation of Arson with intent to endanger life.

Germany v B – Acted for an Albanian National extradited to Germany for murder. The defendant always maintained that he was in the UK at the relevant time. Appealed and the German authorities agreed to withdraw their warrant.

R v TC – Acted for a young person accused of a random attack and murder of surgeon in St. James’ park central London.

R v IM – Acted for a young person accused of the gang-related murder of a member of the rival gang in busy Camden street.

R v L – Acted for the young defendant acquitted of participating in a gang-related sexual assault in a greater London railway station.

R v D – Acted in the successful defence of a prison psychiatric nurse accused of stealing pharmaceuticals from prison.

Barnfather v LB Islington – appeal to the High Court by way of case stated in respect of the liability of a mother whose child refused to attend school. 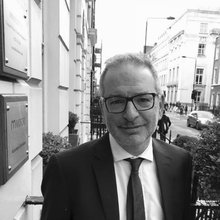