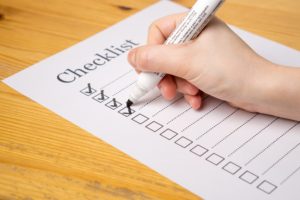 Last week several newspapers ran a headline in these or similar terms:

Campaigners [have] called for an urgent review of a system they say gives sex offenders the ‘opportunity to manipulate and control’ their own status. [A campaigner] said: ‘We cannot allow this abhorrent process to continue as it is.’

So, what is the story here?

The press was reporting statistics concerning applications made by past offenders to remove notification requirements. These applications are permissible following a Supreme Court ruling. Still, despite what the press may report, this is no free for all, with many people having to wait a minimum of 15 years before an application can even be considered (it is much less for a person convicted as a child).

The procedure for removal is complicated, with an application first being made to the police. If the police refuse the request, which they often do, there can be a further appeal to a court.

To stand a chance of success applicants must present a compelling case, supported by evidence. Published figures show a most remarkable difference in the success rate across police forces, whether that is statistically significant or not is unclear. Still, it does at least illustrate that nothing should be left to chance.

In deciding whether to discharge an order, the chief constable must take into account—

(a) the seriousness of the offence (or offences)—

(i) of which the relevant sex offender was convicted;

(ii) of which the relevant sex offender was found not guilty by reason of insanity;

(iii) in respect of which the relevant sex offender was found to be under a disability and to have done the act charged; or

(b) the period of time which has elapsed since the relevant sex offender committed the offence (or offences);

(d) whether the relevant sex offender has committed any offence under section 91 of this Act;

(e) the age of the relevant sex offender at the time of the decision;

(f) the age of the relevant sex offender at the time the offence (or offences) referred to in paragraph (a) was (or were) committed;

(g) the age of any person who was a victim of any such offence (where applicable) and the difference in age between the victim and the relevant sex offender at the time the offence was committed;

(h) any convictions or findings made by a court in respect of the relevant sex offender for any other offence listed in Schedule 3;

(i) any caution which the relevant sex offender has received for an offence in England and Wales or Northern Ireland which is listed in Schedule 3;

(j) whether any criminal proceedings for any offences listed in Schedule 3 have been instituted against the relevant sex offender but have not concluded;

(k) any assessment of the risk posed by the relevant sex offender which has been made by the responsible authorities under the joint arrangements for managing and assessing risk established under section 10 of the Management of Offenders etc. (Scotland) Act 2005;

(l) any other submission or evidence of the risk of sexual harm posed by the relevant sex offender to the public, or any particular members of the public, in the United Kingdom;

(n) any other matter which the relevant chief constable considers to be appropriate.

We can assist with building a strong case and presenting an application that has the best chance of success. It can take some time to prepare applications and work should begin as early as possible.

Legal aid may be available for some people, but regrettably, for many, it will mean paying privately for legal advice and assistance. However, this will almost certainly not be as great an amount as you might think. So do not be put off from contacting us, we are always happy to discuss what options are available to you on a no-obligation basis.

If you need specialist advice in relation to any criminal investigation or prosecution, then get in touch with our team of criminal defence experts on 02078373456  and let us help. We can advise on all aspects of your case.

With effect from 27th June 2022 barristers in England & Wales will be taking industrial action in order to protest against what they see as the deteriorating state of the criminal justice system. A form of action, known as “no return” is already in place, but further measures are being taken in order to force … Continued

Regulatory offences are prosecuted under the criminal law. Usually they are brought to court through requisition or summons.

We encourage you to learn more about your defence and the Criminal Justice System.