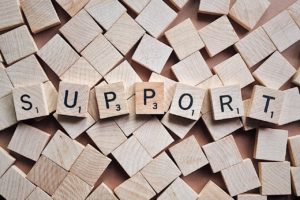 For a victim of crime reporting an offence can be a daunting and emotionally exhausting process.

Where the Police decide to take ‘no further action’ (NFA) or the Crown Prosecution Service (CPS) decide not to prosecute, a victim can be left feeling let down by the criminal justice system and deterred from future reporting. However, these decisions can be properly challenged under the Victims Right to Review Scheme (VRR).

There is a VRR scheme for both Police and CPS and an application can be made under either, depending on who the decision maker is.

When there has been a decision to take ‘no further action’, and close an investigation by the police, the victim is entitled to have the reasons for such a decision explained. The information provided should be sufficient enough for them to make a decision as to whether they want to make a VRR request.

Each police force has its own VRR process, which should be conducted by a police officer who is independent of the original investigation and senior to the initial officer dealing.

A police VRR would usually challenge the assessment of evidence, further investigations, consideration of alternative offences, the decision not to refer the case to the CPS and a request to re-open the case and refer it to the CPS.

Where a decision has been taken not to pursue a prosecution the CPS should provide the victim with a detailed written explanation, and for certain offences conduct a meeting to explain the decision.

There are two stages to the CPS VRR scheme:

Stage 1: Local resolution–  a review is undertaken by a different local prosecutor i.e. from the same office. If the decision to prosecute is upheld at this stage the victim can within 10 days refer the decision to the Appeal and Review unit (stage 2)

Stage 2: Appeal and Review unit – a full independent review conducted by the Appeals and Review Unit of the CPS

Following a VRR the original decision not to prosecute/close the investigation can be upheld or overturned along with other possible outcomes.

There are strict time limits which apply and therefore a VRR should be requested as soon as practicable and/or the CPS/Police put on notice of such.

Police VRR: VRR request should be made within three months from date of the decision

CPS VRR:     VRR request preferred within five working days from the date of the decision. The  CPS can consider a request made within three months of the original decision.

How we can help

We can provide access to advice and assistance in relation to any VRR request. Whether you want to make the VRR request yourself and require assistance/guidance to do so, or if you want to instruct us to make a request on your behalf with supporting written representations.